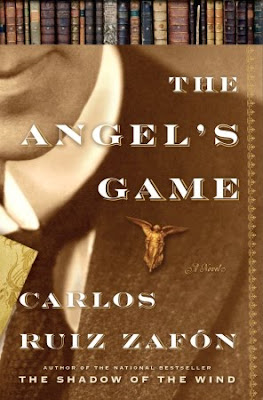 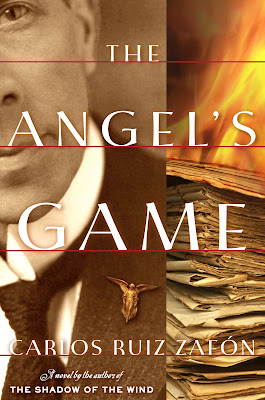 I think they're both awful, to be perfectly honest! Neither version would entice me to purchase this title.

I think the cover is interesting in the way it tries to convey the story...I haven't read the book, and had no idea there was anything supernatural in it until I saw the ARC. How often do you see a snake eye on a dude? That's far out.

Take the dust jacket off the final design and the book design underneath is much more attractive than the wrapper. I have it in my sidebar now like that. Like CGriffin, i find these two options pretty uninspriring.

that snake eye is an odd think in the second idea. The first one has great shelf presence and looks like a monumental piece of work. the jacket is actually a cut-off that reveals the case wrap which is a bunch of books and a nice parchment paper with the title. It's actually very elegant.

Okay, yeah, I'll agree with you guys. Dust jacket notwithstanding, the design underneath is better!

I think it sucks either way.

the ARC is...yikes...that font looks like it came off a 1960s church bulletin. The final job is definitely an improvement but it wouldn't make me pick up the book. And based on the description of the book on amazon I would have no idea from the jacket what the book was about.

Honestly I don't see so much difference between the two, I wouldn't take a second look at either! At least here in Spain they would look cheap. I like the European editions (especially the original Spanish one) much better. Maybe a European/American design thing.

Here are both hardcover and paperback: http://www.eljuegodelangel.com/juego_del_angel.php

What do you think?

I think I love the snake eye. Thanks for sharing the Spanish editions. They're a little too safe for my taste. I like things with a little wacky twist, and that's why the snake eye on that fine black and white gentleman is such a fun touch.