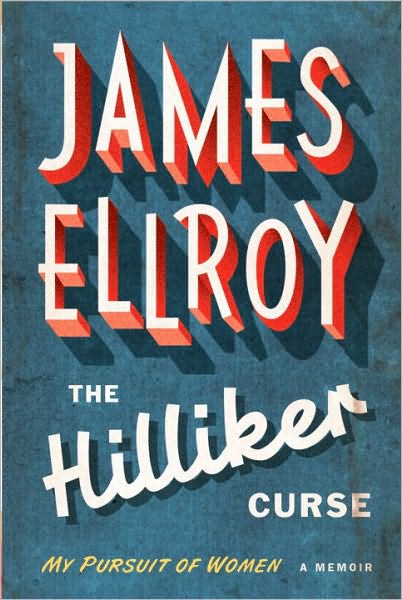 The Hilliker Curse is a predator’s confession, a treatise on guilt and on the power of malediction, and above all, a cri de cœur. James Ellroy unsparingly describes his shattered childhood, his delinquent teens, his writing life, his love affairs and marriages, his nervous breakdown, and the beginning of a relationship with an extraordinary woman who may just be the long-sought Her."
Posted by Tal at 4:26 PM 2 comments