Jaya Miceli: All Other Nights 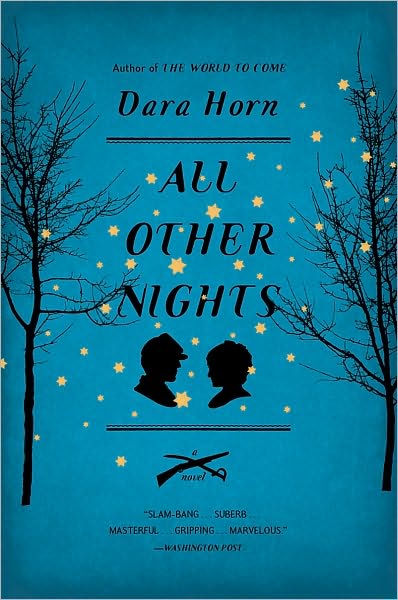 A beautiful cover from Jaya, just in time for Passover! I didn't realize, but I think the title actually refers to the Passover song that asks the Four Questions. This is a Civil War spy thriller/romance. Jacob, a Jewish man, enlists in the Union army and becomes a spy. Turns out the Jews are united in faith, but divided in loyalties to the Union and Confederacy. His first mission: assasinate his Confederate uncle during Passover! Jacob later must marry a Confederate spy as part of another mission...and love begins to bloom. Jaya's done an amazing job combining minimal symbols to create an atmospheric, historic, and original design. The stars (of David) are gold foil. New in paperback from Norton (this is slightly cropped in the thumbnail. Please click to reveal the full glory). And I just remembered! Jaya did another awesome cover for the Jews: People of the Book! Big up, girl. You do my peeps proud.
Posted by Tal at 12:00 AM 7 comments

Keenan: The Good Man Jesus and the Scoundrel Christ 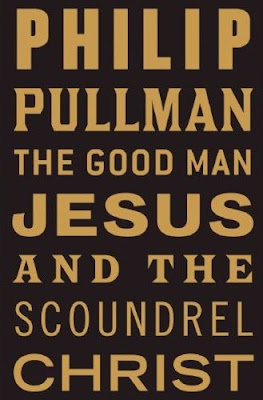 Philip Pullman, famously atheist author of the fantasy trilogy His Dark Materials (The Golden Compass books) has a new novel out in May from Canongate - a retelling of Jesus's life. This seems to be a pick-up from the UK edition, which comes in a white background as well...unless that's the back cover. The plot begins with a "...naive young Mary giving birth to twins after a visit by a mysterious stranger claiming to be an angel. The babies grow up into the physically robust, straight-talking, straightforward Jesus and the bookish, calculating, often morally tortured Christ." It's already out in the UK and is positioned at #9 on the UK Amazon sales ranking. Matte with embossed gold foil type.
Posted by Tal at 11:06 PM 4 comments