David Drummond: Can I Have a Word with You? 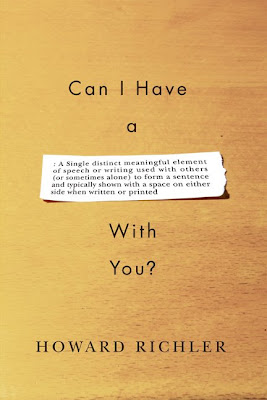 This is adorable. The book is about how words come to mean what they mean and how word meanings change over time. So it's great that the very definition for the word "word" is pointed out on the cover. I think it all works very simply and well. Upon further reflection, the wood background recalls a pupil's desk at school.
Posted by Tal at 1:03 AM 5 comments 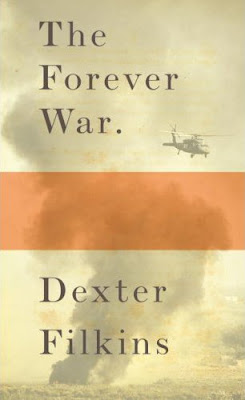 Wow. A beautiful cover. I am stunned. So simple and so incredibly well done and conceptual. I wasn't sure what the orange bar was when I saw this, but I liked it because it was a great color combination and a Paul Rand-ish morif. But now I think it's supposed to appear as though the helicopter may be landing on the orange bar and then as your eye moves down and the orange ends, to realize that there is still a lot of free-fall space beneath - that the landing has not really happened, and that you are hanging in the air above the ground in the middle of a free-fall.

The book is a series of vignettes by a noted war correspondent about his last ten years in Iraq and Afghanistan and the people living there. It sounds freaking amazing! Check it:
http://www.amazon.com/Forever-War-Dexter-Filkins/dp/0307266397/ref=pd_bbs_sr_1?ie=UTF8&s=books&qid=1221707714&sr=8-1
Posted by Tal at 11:16 PM 0 comments 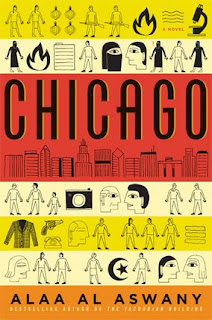 Love everything about this one--the colors, typeface, illustrations. All of the elements are perfectly integrated.

From Amazon:
The author of the highly acclaimed The Yacoubian Building returns with a story of love, sex, friendship, hatred, and ambition set in Chicago, with a cast of American and Arab characters achingly human in their desires and needs.
Posted by Blair at 9:51 AM 3 comments 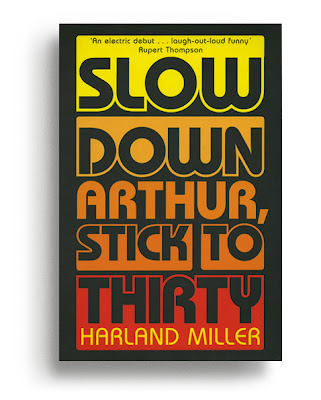 From the newly revamped website of Darren Haggar: http://www.dhaggar.com/

This one is from 7/2001, and I believe Darren was working in England at the time. Art directed by Julian Humphries. The book is a comedy about nonconformists living in the city of York circa 1980. This would make a kick-ass poster.
Posted by Tal at 11:13 PM 0 comments 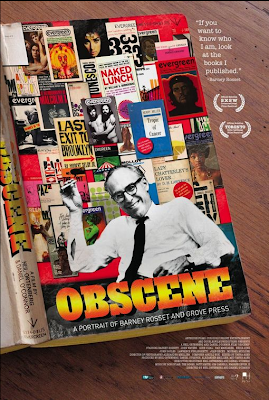 This documentary was made in 2007 - not sure if it was ever released. Poster thanks to impawards.com.

From www.eyeforfilm.co.uk:
As founder of Grove Press, Barney Rosset fought for the right to publish "obscene" works, starting with Lady Chatterly's Lover then Henry Miller's Tropic Of Cancer through Burroughs' Naked Lunch and beyond. He published The Evergreen Review, a magazine that was singled out for condemnation by Gerald Ford, and served as distributor for Scandinavian 'art house' film I Am Curious: Yellow.
Posted by Tal at 12:44 AM 2 comments