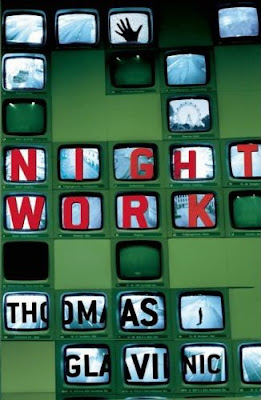 From Grove: "Jonas, a young professional in contemporary Vienna, wakes up one morning to discover that he may be the last living being on earth. The highways are empty. The restaurants are empty. The animals have disappeared. The radio only emits white noise and the internet is down. No one answers his phone calls. "

I really love the idea of this cover - but I'm not sure if I'm looking at a finished cover or not. The CCTVs are awesome - and the images of the empty vistas vs the horror-film-like hand are cool. I might wish there was something going on in the "green" space...or maybe there is on the final cover. It's coming out November 1, so look out, world!
Posted by Tal at 7:40 PM 1 comments 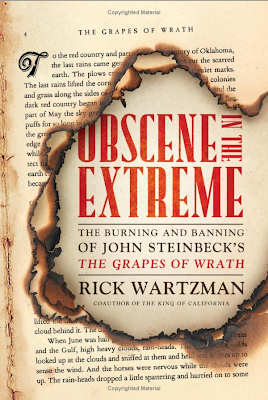 During May of 1939, as the Nazis were burning books throughout Germany, the people of Bakersfield Calif., did exactly the same thing with John Steinbeck's new bestseller, The Grapes of Wrath. The ban was orchestrated by rich local growers: men who were busy exploiting scores of Joad families, the very men Steinbeck exposed in his novel. As a pretext, the growers cited, among other things, Steinbeck's use of foul language (bastard, bitch) and vivid scenes such as Rose of Sharon, having lost her baby, offering her milk-filled breast to a starving man. While all this was happening, Steinbeck was suffering the strains of his collapsing first marriage. (excerpts from PW)

I think this cover is very well executed and eye-catching. It was a nice idea to turn the page slightly. And I wonder how the hole was made - did Pete and Chris burn a hole into some paper in their office?
Posted by Tal at 1:07 AM 5 comments