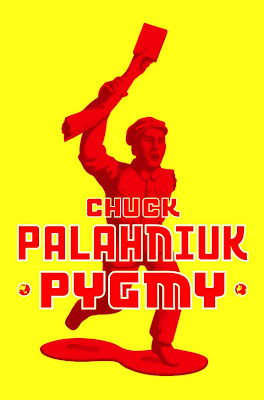 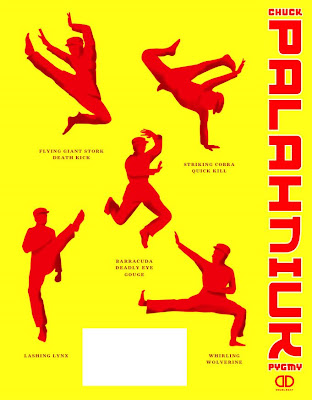 Awesome cover for Palahniuk's new novel about "an unlikely terrorist cell: foreign-exchange students who arrive at a midwestern city, bent on unleashing Operation Havoc." The image of the toy soldier brandishing his own disembodied arm as it clutches Mao's Red Book is hilarious. Originally, this cover was to have no title or author, just the illustration, like Palahniuk's Rant. Custom type and illustrations by Ben Wiseman. Check out his website: http://ben-wiseman.com/
Posted by Tal at 10:44 AM

You guys ... are so amazing for posting this cover.

The book itself sounds like a real page turner, but I'm going to have to buy two copies so that I don't ruin the original's BEAUTY.

If there was an Oscar for Best Book Cover design, THIS WOULD WIN IT!

I just tweeted on this cover yesterday. I thought it was by Corral since he does all the Palahniuk covers.

Bottom line in terms of opinions on weather this is great or not is that you would have to be a completely visually numb person or blind not to pick it up. It pulls all the stops—effectively.

Ben Wiseman will dominate the book cover design industry for the next ten years. As well as the Criterion-branded DVD industry, for as long as we have DVDs, which could very well be next Thursday.

It's interesting how CP's book covers have improved over the years as much as his inspiration has declined.