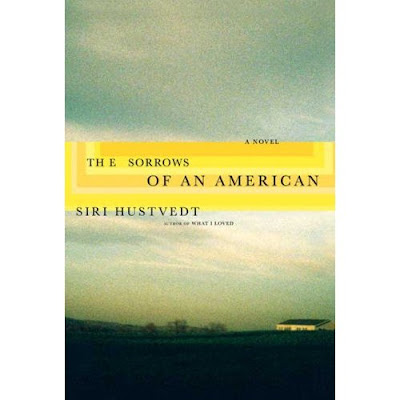 From Henry Holt: "When Erik Davidsen and his sister, Inga, find a disturbing note from an unknown woman among their dead father’s papers, they believe he may be implicated in a mysterious death. The Sorrows of an American tells the story of the Davidsen family as brother and sister uncover its secrets and unbandage its wounds in the year following their father’s funeral."
Posted by Tal at 1:00 AM

Cool, do you know who designed this?

not yet. will find out.

the odd "e" in the looks like a mistake. Nice cover though. I like the random cut off frame..

The designer is Lisa Fyfe